The one thing you need 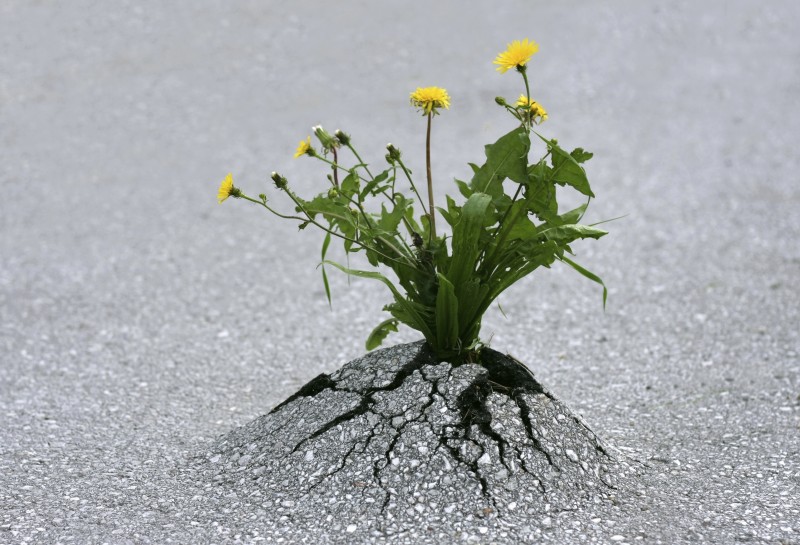 My time at Lifeline and what I learnt about business

I was thinking about resilience the other day, it came up in a conversation somewhere.

I’ve said it before… in fact I sound like a broken record sometimes, but being in small business can be tough. The life of a business owner does not generally go over roses and small and large setbacks are part of the territory. Paraphrasing an old joke:” You can divide the business owners of the world in two groups: those who’ve had a serious setback and those who are about to have one”.

I’ve certainly experienced significant setbacks in my career in business over the last 30 years and most of my clients have as well. I’ve come to believe that the difference between those of us who get to build Fun Businesses that sustain us for years to come and those that don’t is one word:

This is the Wikipedia definition of resilience: “Psychological resilience is defined as an individual’s ability to properly adapt to stress and adversity. “

To be a successful small business owner I believe you must live higher up the resilience scale than the average person, because the journey of building a small business is full of traps and snags and rapids; full of stress and adversity. A resilient business owner doesn’t sit around and lick her wounds for too long when she’s hit a snag, because she knows she’ll drown if she does..

A good example of resilience is a friend of mine Jacob Ohlson. His is the founder of Powernet It and he is building a really great business. Jacob is one of the most resilient people I know. Last night he took the CEO sleep out challenge in Sydney, which is all about raising money for homeless people. As it was, it rained all night and Jacob got soaked and freezing and he would be feeling miserable. But I know he’s hard at work, back in his business today… Jacob is resilient (and you can donate to his appeal here)

So if Resilience is key to building a healthy business, let’s explore where it comes from and how we can get more of it.

I think am fairly resilient in business myself, or I certainly believe I have been in the past. I’ve experienced all kinds of setbacks when developing my various businesses in the past 30 years. I remember my first exploration of business in the mid eighties, was an unmitigated disaster. I’d started out a boat repair and maintenance business on Sydney Harbour. It was a truly romantic affair, and I felt that this was what I was put on this earth for. The reality was though, that I truly had no idea what running a business meant or how I should go about it. After a year or so, I’d totally run out of money, I was insolvent and I’d generally made a mess of things. So much for romance. I decided to branch out into house carpentry and building from boats, because it looked like an easier path, but I had bills to pay then and there (we’d bought our first home and there was a mortgage to pay). So I decided to get a taxi license, because I could drive taxis in the evenings and on the weekends while developing the building business. The plan worked and I dug myself out of the hole and survived.

So yes I was resilient and my resilience meant I didn’t crumble and I came back for more.

My circumstances were quite fortunate though in many ways. We’d recently emigrated to Australia from Holland. My wife at the time was Australian, we had a big support group in Sydney and she had a job as a teacher with a solid regular income (and we bought the house for $50,000 which we thought was a fortune at the time … wry smile… )

So how do you find resilience when you are not so fortunate?

Resilience when there is no hope

I have spent a number of years working as a Volunteer Telephone Crisis Counsellor in the past 11 years (at Lifeline in Sydney) and I came across people in much much tougher circumstances than I’ve ever experienced. I’ll never forget this one woman who rang in frequently. The woman was known as ‘M’ at Lifeline. ‘M’ was permanently bedridden and alone. She could not get herself to the toilet so a carer would come in a lot of the day. She was increasingly blind and in permanent overwhelming pain throughout her body and she never slept at all; all she could do was listen to the radio all day and night. And yet, ‘M’ managed to make us counsellors smile sometimes and I remember many conversations  with her in the middle of the night sometimes, where I’d come off the phone with a lump in my throat, thankful for the half hour I spent talking with her. ‘M’ was inspiring and amazing, even though, for her, there was no hope, she would never get better, her life would simply get progressively worse and worse until she’d die one day.

‘M’ was more resilient than anyone I’ve ever met before or since, the kind of resilience I don’t think I could ever possess.

But ‘‘M’ and I did have something in common that has helped both of us find resilience in trying times, and that was that we were able to access support. I’ve had people around me who I trusted and cared about, who believed in me and supported me and bolstered my confidence most of my life. Lifeline gave that to ‘M’ in some small way as well. It’s the reason ‘M’ rang Lifeline most days, she just needed to hear that someone cared about her and that she “was doing alright” and just hearing that every day, combined with what must have been an amazing inner reservoir of strength, allowed her to hang in somehow.

That’s why I believe it’s so important to create a support team around you when you are developing a business. As I said before, setbacks are part of the journey of developing a business and when the setbacks happen they can knock your confidence and your hope. Having people you care about and especially people you respect as equals in business demonstrating that they believe in you will have an enormous impact in how you deal with the setback and how you get back on your feet to fight the next battle.

As a business coach I often find myself taking the role of chief supporter of my clients when the “s%$t hits the fan”. I am convinced that having me by their side increases their level of resilience. I have seen the evidence of it many times. My most successful clients have taken it even a step further and have put together a small team of trusted advisers and mentors  that they can lean on when required. One of my clients has two coaches, a financial management mentor, another mentor who has been wildly successful in the same industry before him, a human resources adviser and a marketing adviser who he leans on from time to time. All of us support him, bolster his confidence, hold him accountable and generally stand by the sidelines, cheering him on. As a consequence, he is probably one of the most resilient people in small business I know.

To build a Fun Business that sustains you for years to come, you’ll need to be resilient, and the best way I know to make sure you are as resilient as you can be is to make sure you have a bunch of great people around you, who believe in you… I promise you.